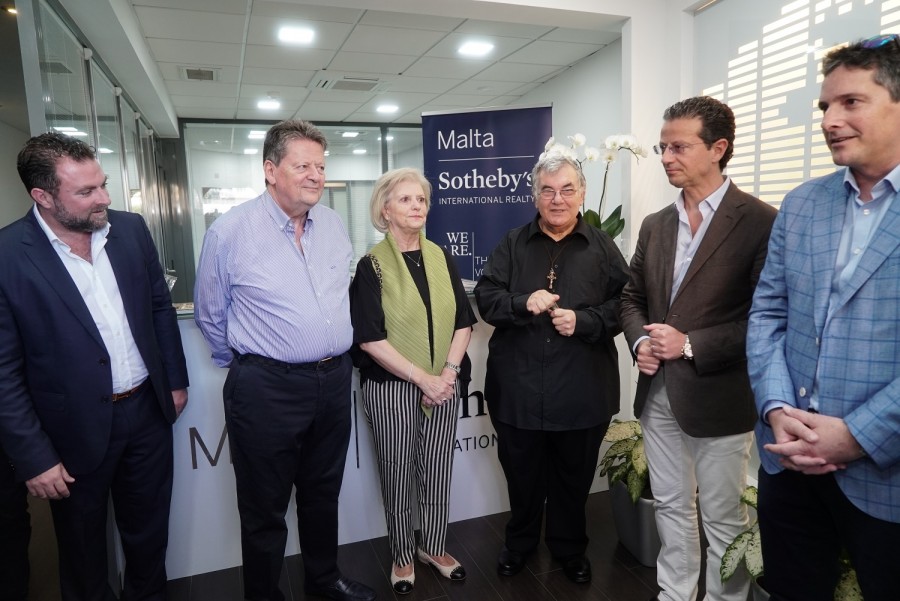 Malta Sotheby’s International Realty has opened its second office in Portomaso Marina. The official inauguration & blessing ceremony of the new premises, that took place on Thursday, 25th May, was attended by esteemed local and international clients, developers, introducers and friends.  This was followed by an evening cocktail reception on the Portomaso Marina quay, surrounded by splendid berthed yachts and luxurious properties which served as an elegant backdrop, a style much synonymous with the Sotheby’s International Realty brand and also that of luxury living.   Michael J. Zammit, Malta SIR Director and Co-Owner, who brought the Sotheby’s International Realty brand to Malta 3 years ago, asserts that this is a significant step forward for the company. The new office’s location is strategically positioned to reach and service the area’s residents and the numerous quality visitors that St. Julian’s is known to attract. Mr Zammit affirms that the brand is now well-established in Malta and popular with those affluent clients who are seeking the perfect residence on the islands and those owners who want to sell their property at the right value within the shortest time.  It is also worth mentioning that Malts SIR’s significant sales include a Palazzo sold early last year at Eur4.2 million, and a Penthouse in Tigne’ Point at just over Eur4 million. Mr Zammit is excited about the future as he expressed with confidence that 2017 is set to bring a couple of other significant sales.   Anyone interested in getting in touch with the Malta SIR Portomaso Team, for property buying or selling needs, is invited to do so on maltasir.com, portomaso@maltasir.com or +356 2010 8077.