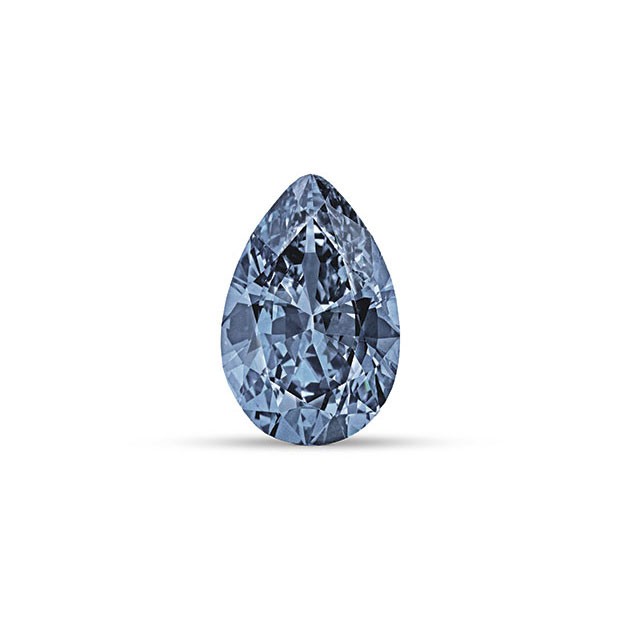 The astonishing $32.6 million achieved in November by Mrs Paul Mellon’s rare and ravishing blue diamond weighing 9.75 carats crowned a year in which important diamonds proved the invincibility that is part of their legend. The pear-shaped diamond, christened the Zoe Diamond by its Hong Kong buyer, is according to David Bennett, co-Chairman of Sotheby’s International Jewellery division, the most beautiful blue diamond he has ever seen. It set two new records: a world auction record for a blue diamond, and a world auction record of $3.3 million per carat for a diamond. This chart-topping result added to Sotheby’s stable of record-breaking diamonds: the $30.6 million paid in 2013 in Hong Kong for an oval brilliant-cut white diamond, D flawless, and type IIA, the purest and most desirable; the $16.3 million achieved in Geneva in May 2014 for the Graff Vivid Yellow, a colossal 100.09 carat cushion modified brilliant fancy vivid yellow diamond; and by far the most spectacular, the $46.2 million paid in 2010 by Laurence Graff himself for a fancy intense pink diamond weighing 24.78 carats, which set a world record not only for any pink diamond and any colored diamond, but for any jewel. With characteristic audacity, Graff later re-polished the stone to improve the colour and clarity, and renamed it the Graff Pink, a superlative diamond of unrivaled beauty, mystique and majesty. 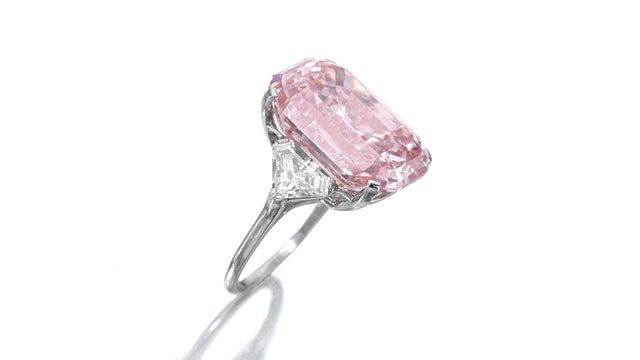 These diamonds are true rock royalty; and they have set the benchmarks for prices of the very finest stones in a global diamond market increasingly characterised by an unrelenting quest for the rarest of the rare – the truly exceptional, the ultimate and absolute. Of course, a diamond itself represents the absolute, an unfathomable otherness and perfection in an imperfect world, which is part of its appeal. The other factor in the recent escalation of its demand, especially in emerging markets, is the investment potential: the diamond as a store of wealth, stealth wealth, a tangible asset in times of economic vicissitudes. “Unlike gold there is little or no speculation in coloured diamonds, and the sales at auction over the past decade have proven there is also no correlation to the financial markets,” says Philip Baldwin of Sciens Diamond Management, a coloured diamond fund. So the diamond market today is very much both a connoisseur’s and an investor’s market. 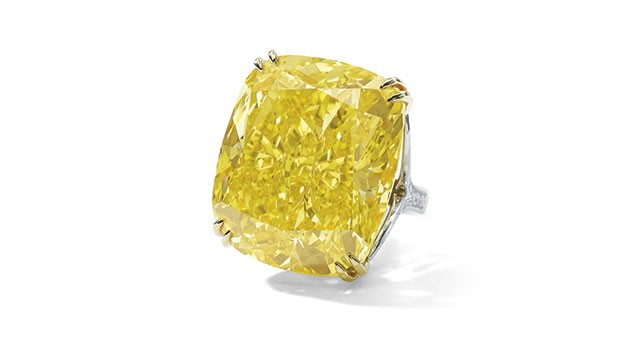 While top-quality white diamonds – the D flawless stones of significant size – are performing well, with solid markets in Asia and the United States, it is the more subtle, rarefied coloured diamonds that are leading the way. In fact, prices for fine pink diamonds, according to sources at Rio Tinto’s Argyle Mine in Australia (the world’s most consistent source of pink diamonds) have swelled since 2000. David Bennett is not surprised: “People have begun to realise the undeniable truth that the coloured diamond is the rarest of what is already a rare commodity.” 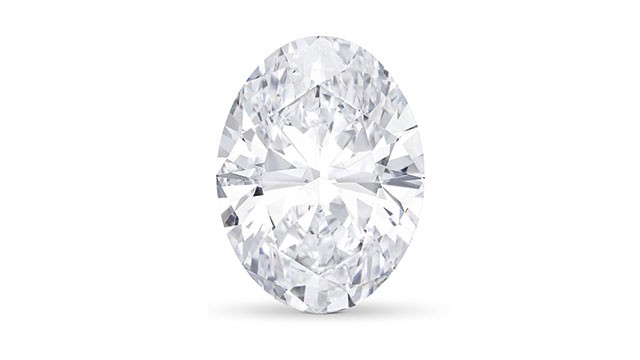 The increasing rarity of the most exceptional specimens, in both white and coloured diamonds, and the value of that rarity today, means that the top end of the market is very much supply driven. “We believe there is a huge imbalance between supply and demand for coloured diamonds as clients look for a ‘safe haven’ and a storage of wealth,” says Baldwin. Because coloured diamonds are not commoditised, quantified or categorised in the same way as white diamonds, the auction house has played a vital, central role in establishing and fuelling this market, setting trends, blazing trails, and perhaps most of all, as Sotheby’s world record-breaking stones testify, giving the divine diamond the status it deserves as a true, noble work of art. Vivienne Becker is a jewellery historian and contributing editor for FT’s How to Spend It.