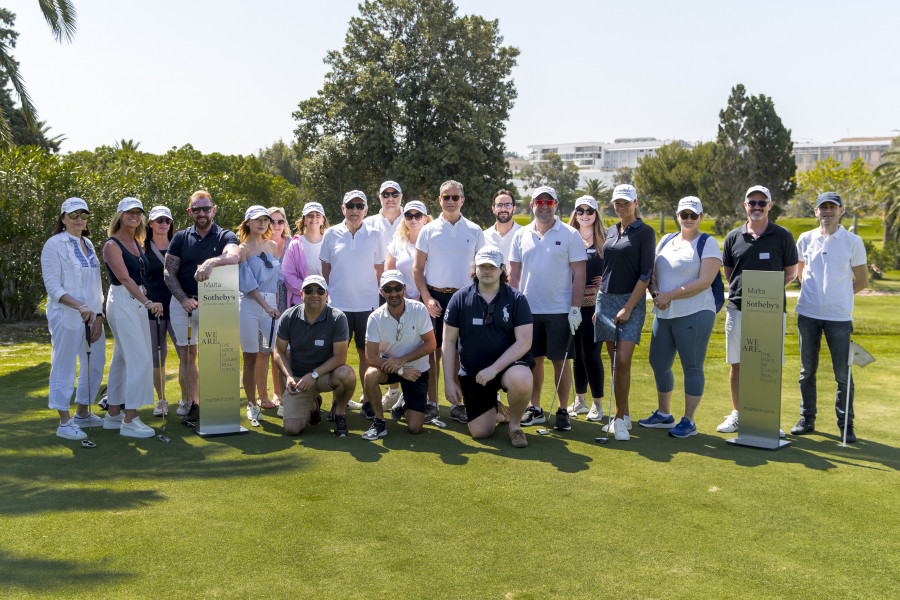 The Malta Sotheby’s International Realty Team came together for a day of golf at their annual team-building event. The much-anticipated event saw team members square off against each other to see who would win the title of ultimate golf master. “Our annual team building event is always eagerly awaited by the team and this year was no exception. Our events are a great way for the team to pull together to support and cheer each other on,” says Michael Zammit, Joint Owner and Director of Malta Sotheby’s International Realty.

The event took place at the prestigious Royal Malta Golf Club (RMGC). This exclusive member-only establishment was founded in 1888 by Lieutenant-General Sir Henry D’Oyley Torrens, Governor and Commander-in-Chief of Malta. At the time the then Duke of Edinburgh, Prince Alfred Ernest Albert was based in Malta and became one of the founding members of the club. Hence the royal patronage from where the club gets its name.

After enjoying a light breakfast spread in the morning at the RMGC clubhouse and some strong espressos, the Malta Sotheby’s International Realty team took to the green for an exciting head-to-head three-part golfing competition hosted by pro golfer Henning Schulze-Doering and RMGC coaches, Preston Duncan & Maximiliane Vaessen.  “We are already seeing phenomenal results for the year - a day of healthy competition was just what the team needed as they “tee up” for a record-breaking year and celebrate their professional success thus far,” continues Zammit.

The idea of an in-house golf tournament was well-received, with this being the company's second golf day since it launched in the Maltese islands in 2013. The team enjoyed a light warm-up before trying their hand at Putting the first of the three events.

Oliwia Gorska, Malta Sotheby’s International Realty’s newest member in the admin department was crowned victorious in the first round. However, her luck ran out in the second phase of the competition, where Sales Associate Richard Bellerby won the Pitching round. The Driving Range was the third and final round of the competition and once again Mr Bellerby was victorious – earning him a coveted gift voucher to the popular Lore & Fitch Steak House in St. Julian’s

The eventful day was rounded off with a fantastic curry selection at the Royal Malta Golf Club – Putters Inn, a welcomed treat after a long day on the course by the newly minted golfing pros of Malta Sotheby’s International Realty.

“Celebrating our achievements is paramount to our success. We pride ourselves on providing our team with all the support and tools they need to reach their professional goals and events like these allow us to show our associates an added level of appreciation for the hard work and professional service they deliver to our clients on a daily basis,” explains Zammit.

Malta Sotheby’s International Realty’s team building event is one of the many initiatives the company undertakes to boost morale and foster good relations between team members and the golfing event was particularly well-received this year. “Now we aren’t just pros in real estate but in golfing too” concludes Zammit jokingly.