History and Culture in Malta 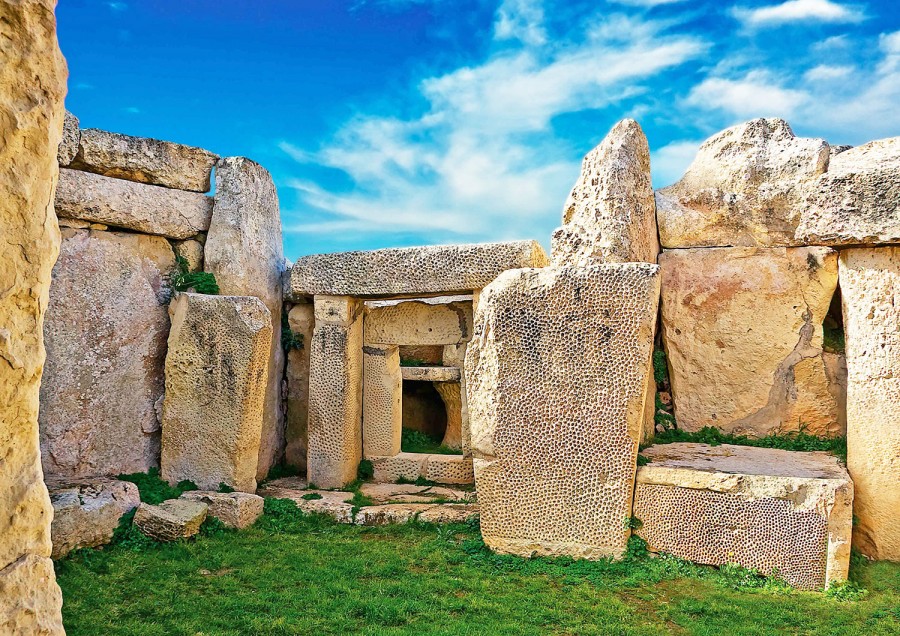 The Maltese Islands consisting of Malta, Gozo and Comino are located at the centre of the clear, blue seas of The Mediterranean 93 km South of Sicily and 288 km North-East from Tunisia. Gibraltar is 1,826 km to the West and Alexandria, Egypt 1,510 km to the East. The Island's strategic position at the centre of The Mediterranean Sea has developed a rich and colorful history with a unique culture stretching back over 7,000 years to the ancient Mnajdra and Hagar Qim free standing stone temples which are the oldest in the world, pre dating Stonehenge in England. Or the equally impressive treasure trove which is The Hypogeum in Tarxien - an underground temple complex with burial chambers. Worth a mention are St. Paul's catacombs in Rabat and the ancient walled city of Mdina. Religion has always featured prominently in Maltese life and culture. Not unexpectedly there are more than 365 churches and chapels in Malta which means you can visit a different church every day of the year! The beautiful St. John's co cathedral in Valletta is adorned with amazing Flemish tapestries and is home to paintings by famous artists Caravaggio and Matia Preti amongst other gems. Also worth seeing is the majestic church in Mosta which has the third largest dome in the world after St. Peter's at The Vatican in Rome and St. Paul's Cathedral in London. Several ancient, walled cities can be found in Malta and Gozo from the capital Valletta, Mdina, Floriana, and Rabat in Gozo to the three cities: Senglea, Vittoriosa and Cospicua. Malta owes much of its rich history to The Knights of St. John - the hospitalier and military order, also known as The Knights of Jerusalem. They occupied Malta from 1530 up until 1798. In 1565 the full might of The Turkish Ottoman Empire was unleashed on the Maltese inhabitants and Knights and arguably Malta's finest moment was The Great Siege of Malta, where the locals and knights managed to repel an invasion of far superior forces and at the same time defend Christianity against Muslim advance into Europe. Another great moment in the country's history was during The Second World War, when vastly superior German and Italian attacks and intensive bombing raids failed to break the people's spirit. This act of bravery and self sacrifice during the war earned the country the George Cross, which was presented to Malta by King George. This award has only ever been awarded twice, to Malta and the Northern Ireland police force and is displayed proudly on the Maltese flag. Malta has always attracted interest from world powers due to its strategic position. The Phoenicians, Greeks, Romans, Sicilians, Knights of St. John, French and British have all ruled Malta and all left their mark in the form of architecture and culture creating a unique blend of styles and influences that form the Maltese characteristics and traditions. Malta gained independence from British rule in 1964 and became a republic in 1974. British military forces departed from Malta in 1979. Malta joined the European Union in 2004 adopted the Euro common currency in 2008 and has been party to The Schengen Agreement since 2007. For further information, kindly Contact Us